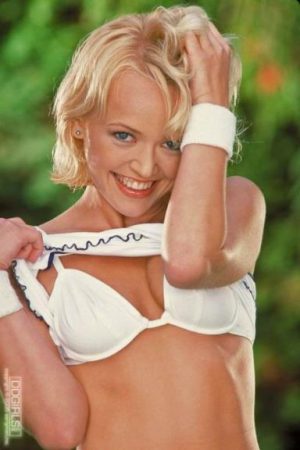 Anastasia passed away on July 19, 2008 at the age of 28 in Bremerton, Washington, USA. Anastasia's cause of death was drug overdose.

Anastasia Blue was an American pornstar who was born on June 11, 1980. Anastasia Blue, artistic name of Elena R. Martushev, was born in June 1980 in the consolidated city-county of Anchorage, Alaska, in a family of American and Russian descent. Not much is known of her life before 1999, year in which at 19 she enters the adult industry.
From her beginnings, she worked in productions especially of Vivid, besides participating in films of Sin City, Elegant Angel, Digital Playground, Legend, Diabolic or Hustler, among others. In 2000 she was nominated for the AVN Awards for Best Actress in February and won in the same edition the award for best scene video with Lexington Steele by Whack Attack 6. She decided to retire in 2006, having appeared in a total of 142 films.

Some feature credits Barely Legal 1, Toxxxic C*m Loads 3, Bedroom Eyes, C*ck Locked, Deflowered & Devoured, Maximum Head, Replica, Sodom Insane or Unshaved Melody. On July 19, 2008, she was found dead at her home in the town of Bremerton, in the state of Washington. The autopsy revealed the cause of death as an overdose of paracetamol.