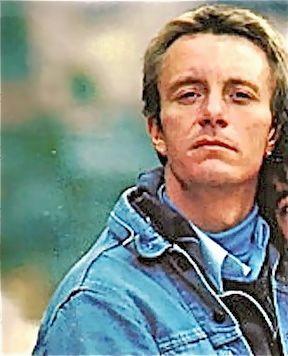 Bobbi passed away on August 15, 1984 at the age of 32 in San Francisco General Hospital, San Francisco, California, USA. Bobbi's cause of death was aids (related complications).

Bobbi Campbell (January 28, 1952 – August 15, 1984) was an early United States AIDS activist. In September 1981, Campbell became the 16th person in San Francisco to be diagnosed with Kaposi's sarcoma. He was the first to come out publicly as a person living with the then unnamed disease. He became known as the "KS Poster Boy" (even appearing with his partner on the cover of Newsweek on August 8, 1983), and wrote a column for the San Francisco Sentinel from January 1982 describing his experiences. Campbell, who was also a registered nurse, joined the Sisters of Perpetual Indulgence at the time of the health crisis in early 1982; in his "sister" persona as Sister Florence Nightmare, he co-authored the first San Francisco safer-sex manual, "Play Fair!", written in plain sex-positive language, offering practical advice and adding an element of humour.