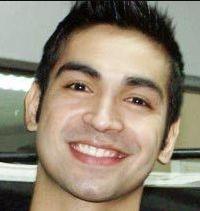 Carlos is alive and kicking and is currently 42 years old.
Please ignore rumors and hoaxes.
If you have any unfortunate news that this page should be update with, please let us know using this .

Does Carlos Agassi Have the coronavirus?

Amir Carlos Damaso Vahidi Agassi, popularly known as Carlos Agassi and simply Amir, is a Filipino actor, TV host, rap artist, and model of Iranian descent. He was launched as a member of ABS-CBN's Star Circle Batch 3 in 1993.
Agassi has been a victim of numerous death hoax claiming that he had died due to alleged anabolic steroid abuse and that prior to his rumored death, Agassi had undergone dialysis procedure with the reason being on a kidney failure. The rumors had been proven false by Agassi himself. Agassi stated in an interview that his buff physique is a product of physical workout since the age of 16.

Agassi went a hiatus in showbiz sometime in mid 2000s to finish his degree in Psychology at De La Salle University. He also ventured into the restaurant business and opened Brasas, a Latin-American inspired restaurant in Metro Manila. Agassi also has his own recording studio called "Amir Carlos Agassi, Inc." where he releases his rap music and collaborates with other artists.
Agassi was previously engaged to model and Pinoy Big Brother housemate Margo Midwinter. The couple called off the engagement in 2013. Agassi is now in a relationship with actress Gwen Garci.