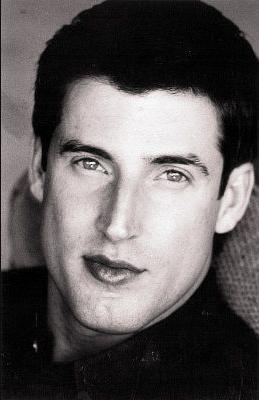 Christopher is alive and kicking and is currently 52 years old.
Please ignore rumors and hoaxes.
If you have any unfortunate news that this page should be update with, please let us know using this .

Does Christopher Racster Have the coronavirus?

An award winning indie film producer, Racster runs his own production company, Archer Productions, Ltd. in Los Angeles, producing both fiction and documentary films. Most recently, Racster produced and directed a documentary in the UK about Alan Turing, a gay Mathematician and Codebreaker during WWII, widely hailed as the father of the modern computer.In 2003 he was one of the founders of Mythgarden, a film and television production company specializing in LGBT content, with partners and long time friends Chad Allen, Robert Gant and Craig Dougherty. Their project "Save Me" debuted at Sundance in 2007 playing to rave reviews in theaters across the US.Prior to Mythgarden, Racster`s work under the Archer shingle included the short film "Little Black Boot" which debuted at Sundance 2004, won the PlanetOut Best Short Film award, and has risen to the top of LOGO`s "Click List" ; as well as "April`s Shower", Trish Doolan`s award winning, festival favorite feature film; "The Bug In My Ear"; "The Handkerchief"; and "Say Uncle" a darkly comic feature film helmed by first time director, Peter Paige - better known as Emmett on Showtime`s Queer as Folk.Prior to moving his company Archer Productions Ltd. into film, Racster was Senior Vice President of BWR Public Relations, a large Entertainment PR firm based in Los Angeles and New York. Racster ran his own division handling marketing, branding, events and public relations for global brands such as BMW, Qantas Airways, Ketel One Vodka, Nike`s Brand Jordan and RealNetworks among others.Racster came to BWR from his position at Spelling Entertainment website AsSeenIn.com where he was Executive Director of Marketing, PR and Advertising. A revolutionary infotainment platform, AsSeenIn.com served as a central fan site for dozens of productions such as Charmed, That 70`s Show and Sabrina, The Teenage Witch. In his term at AsSeenIn, Racster negotiated landmark joint-marketing plans with companies such as Ebay, AOL, Viacom and Carsey, Werner, Mandabach.His career began in Hollywood in 1994 as an event producer building charity events such as Divine Design for Project Angel Food into a nationally recognized multimillion-dollar fundraiser. This lead to long term contracts with GameWorks, opening their venues nationally, and MTV Networks, working on the live televised productions of the MTV Music Awards and productions of the MTV Movie Awards, Rock-N-Jock, Nickelodeon`s Big Help and Kid`s Choice Awards and VH1`s Fashion Awards.Over the years Racster has received numerous mentions and awards including 2007`s OUT 100, listing in the International Who`s Who directory and being named one of the 25 Most Influential People In California Fashion by California Apparel News. Community activities include membership in IFP, Power-Up, OUTFEST and service as Patron of The Iris Prize Festival In Cardiff, Wales alongside actor Matthew Rhys, director Sara Sugarman and Andrew Pierce of the Daily Telegraph.Racster is one of the co-founders of a production company called Mythgarden, which he formed with actors Robert Gant ("Queer as Folk" (2000)) and Chad Allen ("Dr. Quinn, Medicine Woman" (1993)).