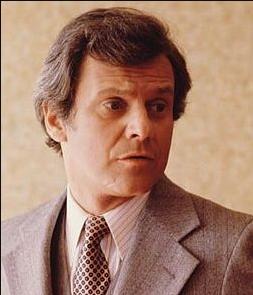 Cliff is alive and kicking.
Please ignore rumors and hoaxes.
If you have any unfortunate news that this page should be update with, please let us know using this .

Clifford "Cliff" Barnes, played by Ken Kercheval, is a character in the popular American television series Dallas. The Barnes family are competitors and sometimes enemies of the Ewing family. Cliff is the son of Willard "Digger" Barnes and Rebecca Barnes, the brother of Pamela Barnes Ewing and the half-brother of Katherine Wentworth. J.R. Ewing (played by Larry Hagman) was Cliff's personal nemesis, with Cliff and J.R. continuing on the bitter feud that started with their fathers, Digger Barnes and Jock Ewing, from their oil wildcatting days in the 1930s. Cliff and J.R. were the only two characters to appear throughout the entire run of the series. A running gag on the series is Cliff's fondness for Chinese take-out.