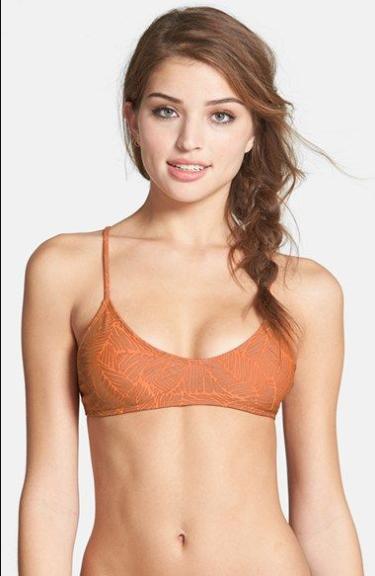 Daniela is alive and kicking and is currently 28 years old.
Please ignore rumors and hoaxes.
If you have any unfortunate news that this page should be update with, please let us know using this .

Does Daniela Lopez Osorio Have the coronavirus?

Daniella Lopez Osorio was born on October 22, 1993 in a small place called Armenia in Colombia. She always liked sports, which is probably the reason why she has such a perfectly slim and fit body figure. During her school years, she was also actively a gymnast and an avid soccer player.She was first discovered by Erin Lucas who is director of Wilhemina Miami agency. He discovered her while she was shopping in a mall in Orlando, Florida in within the summer of 2011. Previously, she was also represented by 2 big and very impressive agencies Wilhemina MIA and Photogenics LA. Daniella has also worked for many brands such as Beach Bunny, Mercedes Benz, Uberliss, Nordstrom’s and many others. Even though she is very young and has very short modeling career, she has already been on many front covers of Elle and Vogue.Magazine Sports Illustrated had also made her their “Lovely Lady of the Day” in 2014. She also currently lives in New York City at the moment. Daniella moved there from Miami where she previously worked and resigned. Her big entry in modeling world happened after she had walked over he runaway for the Lolli Swim Miami in 2014. After that, her Instagram account hit 200,000 followers and that number is getting bigger every day. Victoria’s Secret signed with her this year and made her a new face of its PINK collection, which usually goes for other younger models.After that, she then went on and wrote on her Instagram account “Dreams do come true”. She has a body of a goddess with height of 5’9’’, measurements of 32-24-35 and bra size of 32A. However, her br**sts are not in focus of attention, but her butt. “I don’t eat for me, I eat for my butt,” she joked once when she was asked about her figure. “I could starve myself and my body is never going away. But both Gigi and Bella Hadid are changing things,” she added. Daniella states that she is also proud that she has landed in many high-fashion campaigns even though she has more curves than typical models.One of her idols is Sofia Alvero Vergara because she is her fellow Columbiana and would like to work for Carolina Herrera since she is Latin and an awesome lady. Daniella would also like to work for Tom Ford, Givenchy and Balmain because they are turning away from typical runway models with stick figures. In the moment of writing this article it has not been confirmed yet, but there is rumor going around that Daniella Lopez Osorio is going to be part of the 2016 Sports Illustrated Swimsuit rookie class.First Name DaniellaMiddle Name LopezLast Name OsorioFull Name at Birth Daniella Lopez OsorioOther Names Daniela Lopez Osorio, Daniela Lopez, Daniela Osorio, Daniella Lopez, Daniella OsorioAge 27Date of Birth October 22, 1993Place of Birth Armenia, ColombiaHeight 5' 9" (175 cm)Build SlimEye Color GreenHair Color Brown - LightDistinctive Features Gorgeous BootyStar Sign LibraChinese Zodiac RoosterSexuality StraightEthnicity WhiteNationality ColombianOccupation Actress, ModelOccupation Category Actress, ModelClaim to Fame The Face (TV Series)Talent Agency Colombiana IMG (New York), Wilhelmina (Miami, Florida), Photogenics LABrand Endorsements Victoria's SecretMeasurements (inches) 32A-24-35Dress Size 4Official Websitereddit.comyoutube.comfacebook.comtwitter.cominstagram.com