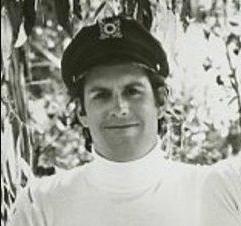 Daryl passed away on January 2, 2019 at the age of 76 in Prescott, Arizona, USA. Daryl's cause of death was renal failure.

Daryl Frank Dragon is a keyboardist, known as Captain from the pop musical duo Captain & Tennille, with his wife, Toni Tennille. Dragon was born into a musical family, and is the son of conductor, composer, and arranger Carmen Dragon, and the elder brother of Dennis Dragon, a member of the 1960s pop combo The Dragons and the 1980s surf band the Surf Punks. His godfather was actor and comedian Danny Thomas.
In late 2009, Toni Tennille announced her husband had developed familial tremor. According to Tennille, his condition was neither debilitating nor terminal. Rather, his noticeable tremor was exacerbated by stress and anxiety. Subsequently, the tremor condition limited most of Dragon's public appearances. As of November 2009, Dragon was under a physician's care to determine the best method of treatment. In September 2010, Tennille publicly clarified her husband's condition as "a neurological condition (later confirmed to be Essential tremor), which causes him to have tremors". Tennille indicated the condition was debilitating to Dragon's abilities as a musician.

On a segment on the April 12, 2016 broadcast of the American television program Today, Tennille confirmed her divorce from Dragon was finalized, and stated that the reason for the divorce was Dragon's "inability to be affectionate". Tennille later said that Dragon had reacted positively to the Today segment and told her; "I saw you on The Today Show. I was proud of you."
In an interview published in a February 2017 issue of People, Dragon stated he was making great progress and feeling like himself again, after corrections were made in the dosage of medications he was taking, which were causing side effects. Dragon stated his ex-wife had flown to Arizona and had been a help in his improvement.