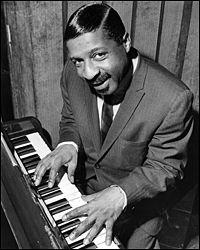 Erroll passed away on January 2, 1977 at the age of 55 in Los Angels, California,USA. Erroll's cause of death was cardiac arrest.

Erroll Louis Garner (June 15, 1923 - January 2, 1977) (some sources say 1921) was an American jazz pianist and composer known for his swing playing and ballads. His best-known composition, the ballad "Misty", has become a jazz standard. Scott Yanow of Allmusic calls him "one of the most distinctive of all pianists" and a "brilliant virtuoso". He received a star on the Hollywood Walk of Fame at 6363 Hollywood Blvd.