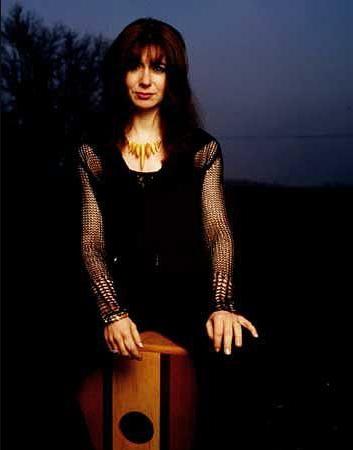 Evelyn is alive and kicking and is currently 57 years old.
Please ignore rumors and hoaxes.
If you have any unfortunate news that this page should be update with, please let us know using this .

Does Evelyn Glennie Have the coronavirus?

Dame Evelyn Elizabeth Ann Glennie, DBE (born 19 July 1965) is a Scottish virtuoso percussionist. She is announced as one of the two laureates for the Polar Music Prize of 2015.
Glennie was born and raised in Aberdeenshire. Her father was Herbert Arthur Glennie, an accordionist in a Scottish country dance band, and the strong, indigenous musical traditions of north-east Scotland were important in the development of the young musician, whose first instruments were the mouth organ and the clarinet. Other major influences were Glenn Gould, Jacqueline du Pré and Trilok Gurtu. She studied at Ellon Academy and the Royal Academy of Music, and was also a member of the National Youth Orchestra of Scotland. She was a member of the Cults Percussion Ensemble, formed in 1976 by local musical educator Ron Forbes. They toured and recorded one album, which was re-released on Trunk Records in 2012.

Glennie has been profoundly deaf since the age of 12, having started to lose her hearing from the age of 8. This does not inhibit her ability to perform at an international level. She regularly plays barefoot during both live performances and studio recordings to feel the music better.
In 1994, Glennie married composer, sound engineer and tuba player Greg Malcangi, with whom she collaborated on several musical projects. They divorced in 2003, following her widely publicised affair with orchestral conductor Leonard Slatkin.