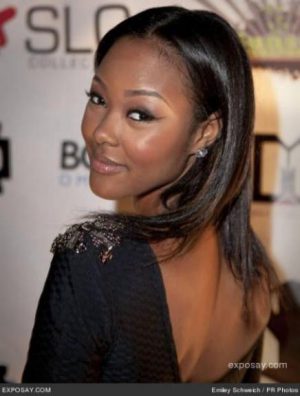 Gerren passed away on April 11, 2021 at the age of 30 in Los Angeles, California, USA. Gerren's cause of death was lupus.

Ashley Taylor Gerren (Born July 6, 1990) also known as Gerren Taylor. She is best known for her appearance on the BET reality series "Baldwin Hills". She also appeared in the documentary America the Beautiful in 2007.
Ashley Taylor Gerren, who was professionally referred to as Gerren Taylor, was born and raised in Los Angeles, California. At just 12-years-young, Gerren became the youngest model ever signed by the runway division of LA Models after being recruited by a talent scout. She is most recognized for her star appearance in BET’s Baldwin Hills, which was a reality television series that followed the life, times, and adventures of teens from the Baldwin Hills area. Gerren was also featured in America is Beautiful, a documentary released in 2007 about self-image and beauty standards.

Gerren Taylor has died at the age of 30 in her sleep at 4:30 a.m. after battling the inflammatory disease lupus.