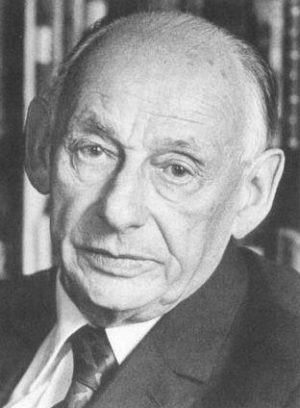 Gerhard Scholem who, after his immigration from Germany to Israel, changed his name to Gershom Scholem (Hebrew: גרשם שלום) (December 5, 1897 – February 21, 1982), was a German-born Israeli philosopher and historian. He is widely regarded as the founder of the modern, academic study of Kabbalah, becoming the first Professor of Jewish Mysticism at the Hebrew University of Jerusalem. His close friends included Walter Benjamin and Leo Strauss, and selected letters from his correspondence with those philosophers have been published.