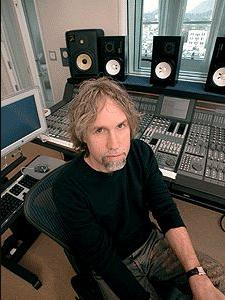 Glen is alive and kicking and is currently 69 years old.
Please ignore rumors and hoaxes.
If you have any unfortunate news that this page should be update with, please let us know using this .

Basil Glen Ballard, Jr. (born May 1, 1953) is an American songwriter, lyricist, and record producer. He is best known for co-writing and producing Alanis Morissette's Jagged Little Pill (1995), which won Grammy Award for "Best Rock Album", and "Album of the Year" amongst others, and is ranked by the Rolling Stone amongst The 500 Greatest Albums of All Time and his collaborations with composer Alan Silvestri. He was involved in the recording and writing of Michael Jackson's Thriller and Bad. As a writer he co-wrote songs like "Man in the Mirror" (1987) and "Hand in My Pocket" (1995). He is the founder of Java Records. He won the 2006 Grammy Award for Best Song Written for a Motion Picture for the song "Believe" (The Polar Express).