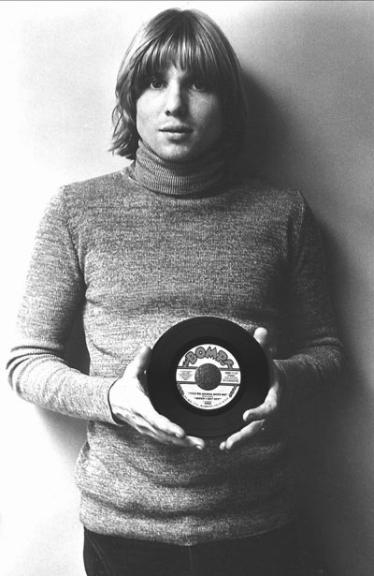 Greg passed away on October 19, 2004 at the age of 55 in Los Angeles, California, USA. Greg's cause of death was heart failure.

Greg Shaw (January 1949 – October 19, 2004) was a Los Angeles-based fanzine publisher, magazine editor, music historian and record label owner.
His first zines were Tolkien-related, but among them was also a mimeographed sheet called Mojo Navigator (full title, "Mojo-Navigator Rock and Roll News"). Founded in 1966 by David Harris, with Shaw's assistance, Mojo Navigator is said to have been an early inspiration for Rolling Stone magazine. In the 1970s Shaw moved to Los Angeles with wife and partner Suzy and started the fanzine called Who Put the Bomp, popularly known as simply Bomp!, or Bomp magazine. Shaw's writing appeared in Bomp!, of which he was editor and publisher, as well as in Creem, Phonograph Record (where he again served as editor) and occasionally Rolling Stone. He also wrote a book about Elton John while on staff as a writer for United Artists Records. Bomp featured many writers who would later become prominent, including Lester Bangs, Greil Marcus, Richard Meltzer, and Ken Barnes.

During the 1970s, Shaw worked for Sire Records, and was instrumental in the signing of Flamin' Groovies, a band that he also managed for a couple of years. In 1974, Bomp! became a record label, and Shaw released records by Devo, The Weirdos and Iggy Pop, and worked with several artists including Stiv Bators and the Dead Boys. He signed, and distributed, power pop and new wave acts such as Shoes, The Nerves, The Plimsouls and The Romantics. Bomp! Records was an LA record store for a couple of years, as well as one of the first independent distributors in the U.S.