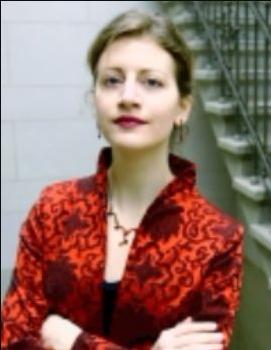 Heather is alive and kicking and is currently 50 years old.
Please ignore rumors and hoaxes.
If you have any unfortunate news that this page should be update with, please let us know using this .

Heather O'Donnell is an American classical pianist, currently living in Berlin, Germany.LifeO'Donnell was born in New Jersey in 1973. She began studying piano at the age of five, her most influential teachers were Charles Milgrim, Stephen Drury and Peter Serkin. She also worked closely with Yvonne Loriod, Emanuel Ax, and Claude Helffer. O'Donnell took several courses in Philosophy and Literature at the New School for Social Research and Columbia University, and was the teaching assistant of philosopher Paul Edwards at the New School for Social Research.O'Donnell moved from New York City to Berlin in November 2002. She lives in Berlin with her husband, composer Oliver Schneller. She is a Steinway Artist.CareerO'Donnell plays works from the 18th-21st century, e.g. J.S. Bach's Goldberg Variations, Charles Ives's- Concord Sonata, and Maurice Ravel's Gaspard de la Nuit). She gave premieres of solo piano works (including pieces by Luciano Berio, Walter Zimmermann, James Tenney, Michael Finnissy, Frederic Rzewski, Hauke Harder, and Oliver Schneller). She has a strong affinity for the music of American composer Charles Ives, and has played and recorded his piano works extensively. She was the artistic director of commissioning projects including "Responses to Ives" and "Piano optophonique".