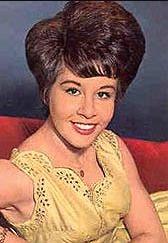 Helen is alive and kicking and is currently 76 years old.
Please ignore rumors and hoaxes.
If you have any unfortunate news that this page should be update with, please let us know using this .

Helen Shapiro is a British singer, actress who was born on September 28, 1946. She is best known for her two 1961 UK chart toppers, "You Don't Know" and "Walkin' Back to Happiness" both recorded when she was just fourteen years old.
In 1961, aged fourteen, she had a UK No. 3 hit with her first single, "Don't Treat Me Like a Child" and two number one hits in the UK, "You Don't Know" and "Walkin' Back to Happiness". The latter did not top the UK chart until 19 October 1961, by which time Shapiro had reached 15. Both singles sold over a million copies, earning Helen Shapiro two gold discs. Her next single release, "Tell Me What He Said", peaked at No. 2, achieving her first four single releases in the top three of the UK Singles Chart. Most of her recording sessions were at EMI's studios at Abbey Road in north west London. Her mature voice made her an overnight sensation, as well as the youngest female chart topper in the UK.

Shapiro has been married since 31 August 1988 to John Judd (real name John Williams), an actor with numerous roles in British television and cinema. In 1987 she became a believer in Jesus. She retired from show business in 2002.
Her autobiography, published in 1993, is entitled Walking Back to Happiness. She appeared as a guest on BBC Radio 4's The Reunion in August 2012. In March 2013 she appeared on BBC Radio 3's Good Morning Sunday.