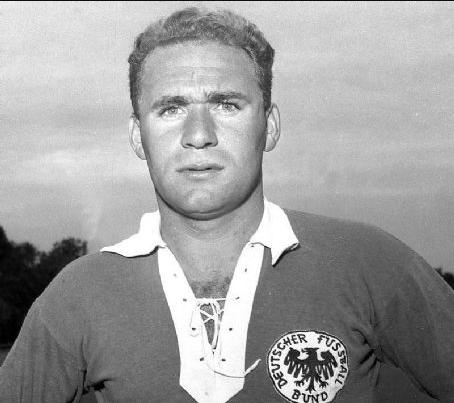 Herbert 'Ertl' Erhard (6 July 1930 – 3 July 2010), also known as Herbert Erhardt, was a German footballer. As a central defender, he played for SpVgg Fürth and Bayern Munich. He was known for his hard tackling, doggedness and captain like performances. The DFB German Football Association (German FA) list him in the top 20 best German defenders of all time, and Bayern Munich included him in their best 16 in a team made up in the 80s of famous past players.