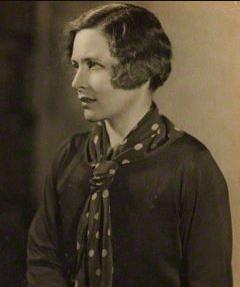 Hilda Matheson, was a pioneering radio talks producer at the BBC and served as the first Director of Talks. After her resignation from the BBC in 1931, she published a book about the development of broadcasting. Though officially the secretary, Matheson served as an executive manager for The African Survey after Malcolm Hailey fell ill. During World War II, she ran the Joint Broadcasting Committee, a British war news organization, until her death.