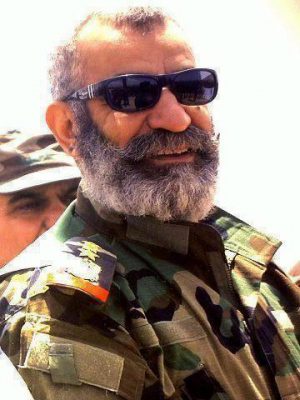 Issam Jad'aan Zahreddine (Arabic: عصام جدعان زهر الدين‎‎;  1961 – 2017) sometimes also transliterated as Issam Zaher Eldin or Issam Zaher al-Deen, was a Major General of the Syrian Republican Guard who played a major role in the Syrian Civil War, leading Syrian government forces on several fronts. His most prominent role has been leadership of the surrounded Syrian forces during the over 3-year long Siege of Deir ez-Zor. Zahreddine was killed by a land mine explosion during operations against the Islamic State of Iraq and the Levant on Saqr island in Deir ez-Zor.