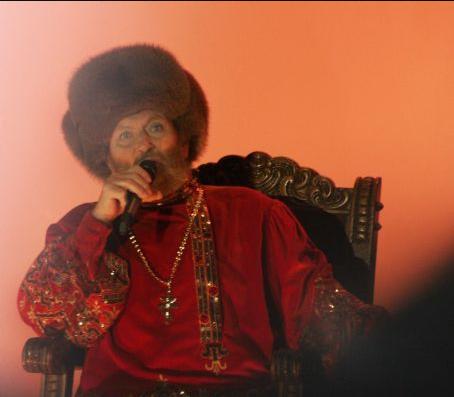 Ivan passed away on February 27, 2008 at the age of 76 in Frankfurt am Main, Hesse, Germany. Ivan's cause of death was heart failure.

Ivan Rebroff was born on July 31, 1931 in Berlin, Germany as Hans Rolf Rippert. He was an actor, known for The Song of the Balalaika (1971), Der Bettelstudent (1981) and Die schöne Helena (1975). He died on February 27, 2008 in Frankfurt am Main, Hesse, Germany.Trivia (6)Lived in the small town Zell-Weierbach near Offenburg in Germany and also on on the Sporade Island of Skopelos, Greece since the 1960s.He had an extraordinary vocal range of four and a half octaves, ranging from the soprano to bass registers.He has performed over 6,000 concerts in his career including a two year six-days-a-week stint at the French Ppera singing, among other greats, "The Fiddler on the Roof".His brother Horst Rippert, nine years his senior, confirmed that he had shot down the Antoine de Saint-Exupéry, the famous French author of "The Little Prince", in 1944 (March 2008).Holds Greek citizenship.Born to an German engineer and his wife, who was Russian, according to the singer.