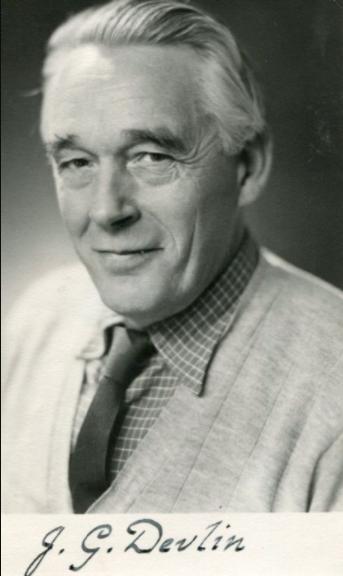 James Gerard Devlin (8 October 1907 – 17 October 1991) was a Northern Irish actor who made his stage debut in 1931, and had long association with the Ulster Group Theatre. In a career spanning nearly sixty years, he played parts in TV productions such as Z-Cars, Dad's Army, The New Avengers and Bread. He also guest starred, alongside Leonard Rossiter, in an episode of Steptoe and Son, "The Desperate Hours". The writers of Steptoe and Son - Ray Galton and Alan Simpson - have since revealed that Devlin was second choice to play the part of Albert Steptoe in the series, behind Wilfrid Brambell. He also appeared as Father Dooley, a Catholic priest, in several episodes of Carla Lane's Bread, probably his last television appearance.