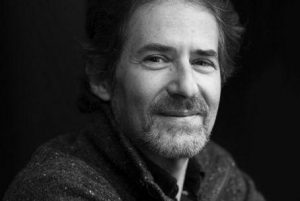 James passed away on June 22, 2015 at the age of 61 in Santa Barbara County, California. James's cause of death was plane crash.

James Horner Composer - One of the most popular and prolific film composers of the 1980s and 1990s, James Horner has displayed a gift for writing scores on the epic scale of such composers as Jerry Goldsmith, but has also shown a knack for bolder and more contemporary sounds as well as subtle and contemplative fare. Born in Los Angeles, California, in 1953, James Horner developed a precocious interest in piano at the age of five when he began learning the instrument. After graduating high school, Horner decided to study music, and he attended the Royal Academy of Music in London, England, before returning to the United States to receive a degree at the University of Southern California. Horner went on to earn a graduate degree in Composition at University of California, Los Angeles, and he wrote a contemporary classical piece entitled Spectral Shimmers, which was given its world premier by the Indianapolis Symphony Orchestra. Eager to find a larger audience for his work, Horner began seeking out commissions to write film music, and scored several short films for the American Film Institute. Horner's entry into commercial film music came courtesy of legendary exploitation filmmaker Roger Corman, who hired Horner to write music for several early-'80s releases for his production company New World Pictures, including Humanoids From the Deep and The Lady in Red. Horner's breakthrough came in 1982, when he scored both Star Trek II: The Wrath of Khan and 48 Hrs. After composing for two of that year's biggest films, Horner found himself in great demand, and he had written 36 scores by the time he received his first two Academy Award nominations in 1986, having been cited for the animated children's feature An American Tail and the action-packed sci-fi thriller Aliens in the same year. Through the 1990s, Horner continued to work on a large number of prestigious productions, including Apollo 13, Braveheart, and Legends of the Fall, before finally winning an Oscar in 1997 for the score to James Cameron's blockbuster Titanic, and a second Oscar for the music to the film's theme song, "My Heart Will Go On," which became an international hit for Celine Dion. Over the coming years, Horner would remain one of the most prominent composers in Hollywood, penning scores for films like Apocalypto, Avatar, and The Amazing Spider-Man. Horner died at age 61 when his two-seater airplane, which he was piloting and was the sole passenger, crashed in the Los Padres National Forest in California.