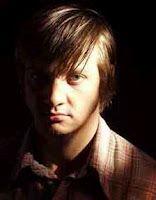 Jeffrey Dahmer passed away on November 28, 1994 at the age of 34 in Portage, Wisconsin, USA. Jeffrey Dahmer's cause of death was severe head trauma.

Jeffrey Lionel Dahmer (May 21, 1960 – November 28, 1994) was an American serial killer and sex offender. Dahmer murdered 17 men and boys between 1978 and 1991, with the majority of the murders occurring between 1987 and 1991. His murders involved r*pe, dismemberment, necrophilia and cannibalism. On November 28, 1994, he was beaten to death by an inmate at the Columbia Correctional Institution, where he had been incarcerated.
On the morning of November 28, 1994, Dahmer left his cell to conduct his assigned work detail. Accompanying him were two fellow inmates: Jesse Anderson and Christopher Scarver. The trio was left unsupervised in the showers of the prison gym for approximately 20 minutes. At approximately 8:10 a.m. Dahmer was discovered on the floor of the bathrooms of the gym suffering from extreme head and facial wounds; he had been severely bludgeoned about the head and face with a 20-inch (51 cm) metal bar.

His head had also been repeatedly struck against the wall in the assault. Although Dahmer was still alive and was rushed to a nearby hospital, he was pronounced dead one hour later. Anderson had also been beaten with the same instrument, and died two days later from his wounds. Scarver, who was serving a life sentence for a murder committed in 1990, informed authorities he had first attacked Dahmer with the metal bar as he (Dahmer) was cleaning a staff locker room, before attacking Anderson as he (Anderson) cleaned an inmate locker room. According to Scarver, Dahmer did not yell or make any noise as he was attacked. Immediately after attacking both men, Scarver, who was thought to be schizophrenic, returned to his cell and informed a prison guard: "God told me to do it. Jesse Anderson and Jeffrey Dahmer are dead."
Scarver was adamant he had not planned the attacks in advance, although he later divulged to investigators he had concealed the 20-inch iron bar used to kill both men in his clothing shortly before the killings.