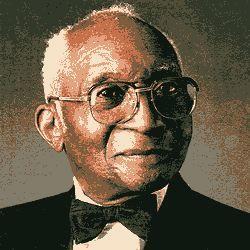 Jester Joseph Hairston (July 9, 1901 – January 18, 2000) was an American composer, songwriter, arranger, choral conductor, and actor. He was regarded as a leading expert on Negro spirituals and choral music. His notable compositions include "Amen," a gospel-tinged theme from the film Lilies of the Field and a 1963 hit for The Impressions, and the Christmas song "Mary's Boy Child".