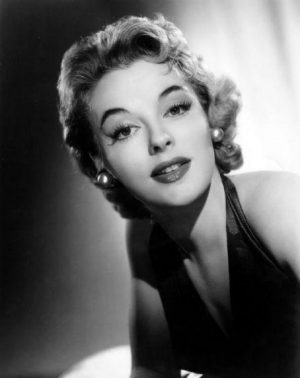 Jill Adams was an English actress artist and fashion model. She featured or starred in over 25 films during the 1950s and 1960s.