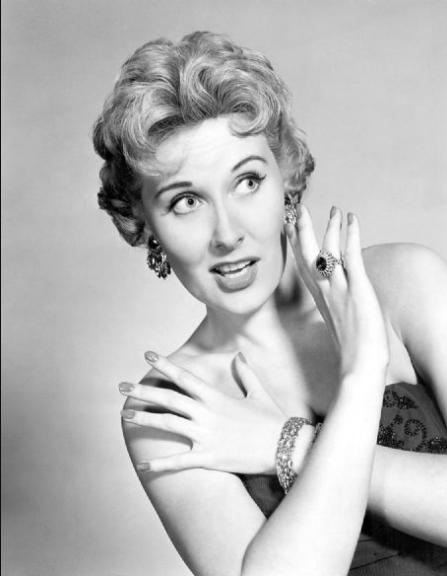 Jill passed away on November 16, 1990 at the age of 59 in Kingston upon Thames, Surrey, England UK. Jill's cause of death was liver cancer.

Jill Day (Yvonne Page, 5 December 1930, Brighton, England – 16 November 1990, Kingston-Upon-Thames, England) was a successful pop singer and actress in Britain in the 1950s and early 60s.
She was born in Brighton and found fame in movies, radio and television. She appeared in the film All for Mary in 1955, and sung on the soundtrack of The Good Companions and Doctor at Sea. In 1957, she competed in the heats of the contest to represent the United Kingdom in the 1957 Eurovision Song Contest, eventually losing out to Patricia Bredin. In the early 1960s, Day had her own comedy sketch show on BBC Television, The Jill Day Show. She also appeared on Dee Time.

Day was well known for her long slim dresses with stiff petticoat under the below-the-knee hem which she wore in numerous television appearances.
She faded from public view as public tastes for pop music changed through the late 1950s and 1960s, eventually retiring to live in London.