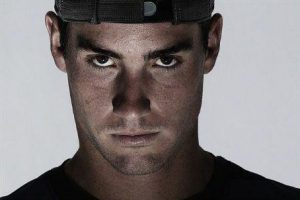 John is alive and kicking and is currently 37 years old.
Please ignore rumors and hoaxes.
If you have any unfortunate news that this page should be update with, please let us know using this .

Does John Isner Have the coronavirus?

John Robert Isner is an American professional tennis player. Considered one of the best servers of the ATP World Tour, Isner achieved his career-high singles ranking of world no. 9 in April 2012, and is currently the highest ranked male American tennis player at world no. 13, as of 7 September 2015. In 2013, he became the 18th player to serve more than 5,000 aces on the ATP World Tour. He currently has 10th most aces in the history of ATP, having served more than 7,000 aces. At the 2010 Wimbledon Championships, he played the longest professional tennis match in history, defeating Nicolas Mahut in a total of 11 hours and 5 minutes of play over the course of three days. He also played the then 10th longest singles match, a 5-hour 41-minute encounter in the second round of the 2012 French Open.