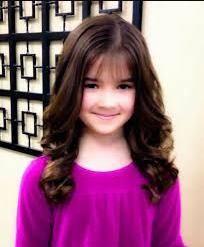 Kaitlyn is alive and kicking and is currently 18 years old.
Please ignore rumors and hoaxes.
If you have any unfortunate news that this page should be update with, please let us know using this .

Kaitlyn Ashley Maher (born January 10, 2004) is an American child singer and actress born in Michigan, and raised in Ashburn, Virginia. In 2008, at the age of 4, she appeared on the third season of America's Got Talent and for her audition sang "Somewhere Out There". She advanced through four rounds of competition and one was of the final ten contestants, the youngest person to ever reach that level.
Maher has since appeared live at The Great Kids Expo in Chantilly, Virginia, on October 25, 2008, a live broadcast of the 2008 lighting of the National Christmas Tree, on December 4, 2008, attended by President George W. Bush and over 7,000 guests, and the 2009 Cherry Blossom Festival on April 11, 2009. On October 3, 2009, Maher was the opening act of The Addi and Cassi Hempel Fund benefit. Maher has appeared in a Harris Teeter commercial airing during December 2008. She was also selected by Compassion International as its first ever Child Ambassador, visited children in El Salvador with Compassion, got to meet her sponsored child, and shot a music video to her title song "You Were Meant to Be."

Maher began her career on the third season of the American television reality show America's Got Talent, when she reached the top ten. Producers from the show first became aware of Maher from a video that was uploaded to the popular video sharing website YouTube. The video had been made after she had been asked to sing at a birthday party for one of her relations in Canada. The video was posted because Alison Maher was pregnant with her second child and they could not travel to Canada. Five months after the video had been made, around Maher's fourth birthday; Maher's parents received an e-mail from NBC's America's Got Talent asking if Maher would be able to audition for the show's third season.
Maher's first audition became an online sensation reaching tens of millions of views for her adorable performance and for the popular segment when Osborne asked if she was from New York, Maher promptly responded with "I'm from America"