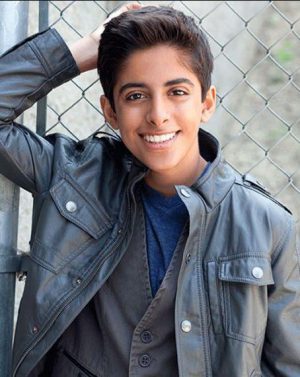 Karan is alive and kicking and is currently 23 years old.
Please ignore rumors and hoaxes.
If you have any unfortunate news that this page should be update with, please let us know using this .

Does Karan Brar Have the coronavirus?

Karan Brar is an American teen actor, best known for his role as Chirag Gupta in the Wimpy Kid feature film franchise, Diary of a Wimpy Kid, Diary of a Wimpy Kid: Rodrick Rules, and Diary of a Wimpy Kid: Dog Days, as well as for his co-starring role as Ravi Ross on the Disney Channel Original Series Jessie.
Karan Brar was born on January 18, 1999 in Redmond, Washington, to parents Harinder and Jasbinder Brar, who are of Indian ancestry. He was raised in Bothell, Washington, and has one older sibling, a sister named Sabreena. Brar attended Cedar Wood Elementary School and studied acting at John Robert Powers and Patti Kalles workshops.

In March 2011, Brar reprised his role as Chirag Gupta in the feature film sequel Diary of a Wimpy Kid: Rodrick Rules. In October 2011, it was confirmed that he would also be reprising his role as Chirag for the third installment of the Wimpy Kid franchise, Diary of a Wimpy Kid: Dog Days, released on August 3, 2012. In April 2010, he appeared in the Seeds of Compassion advertorial campaign announcing the Dalai Lama's visit to Seattle, as well as appearing in commercials for Shell Gasoline and Committee for Children.
Brar lives in the Los Angeles area with his parents and older sister. He is fluent in English, Punjabi and Hindi. When he is not busy working, Brar enjoys figure skating, roller skating, swimming, hip-hop dancing, rapping and playing video games. He also starred in one of YouTuber Lilly Singh's videos.