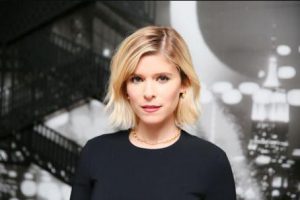 Kate is alive and kicking and is currently 39 years old.
Please ignore rumors and hoaxes.
If you have any unfortunate news that this page should be update with, please let us know using this .

Does Kate Mara Have the coronavirus?

American actress Kate Mara realized many an ingenue's dream in late 2005, when she nearly stole Ang Lee's film Brokeback Mountain. As Ennis Del Mar's 19-year-old daughter, Alma Jr., who becomes one of the first familial recipients of Ennis' newfound ability to project love and affection, Mara walked away with one of the most powerful scenes in the picture. It marked a small contribution but a masterful one, and it made audiences take notice of her for the first time. Admirers of this scene may not have realized that Mara's onscreen history stretched back a decade prior to this.As the great-granddaughter of Pittsburgh Steelers founder Art Rooney and New York Giants progenitor Tim Mara, Kate Mara began life in Bedford, NY, and came of age in nearby Westchester. Mara debuted on-camera in her early teens, in a 1997 episode of Law & Order, and took her cinematic bow two years after that, as Kristin Scott Thomas' daughter in Sydney Pollack's romantic drama Random Hearts. The film struck audiences as laborious and unsatisfying, but great things lay in store for Mara -- and if she scr*ped bottom with the direct-to-video slasher flick Urban Legends: Bloody Mary and paid her dues with bit roles in such blockbuster series as CSI and 24, her extraordinary contribution to Brokeback (playing, ironically, the daughter of an actor only a few years older than the actress herself) paved the way for more covetable assignments.Thanks in no small part to an inherited football passion, Mara particularly warmed to the part of Annie Cantrell in McG's sports drama We Are Marshall. Mara then appeared as Sarah Fenn, opposite Mark Wahlberg, in Antoine Fuqua's action saga Shooter (2007). She followed that up with a role in Machinist director Brad Anderson's tense thriller Transsiberian, alongside Ben Kingsley and Woody Harrelson. In 2010 she appeared in the indie films Peep World and happythankyoumoreplease, as well as having a key role in the Oscar-nominated drama 127 Hours. She had a leading part in the 2011 twentysomething drama Ten Year. She had a supporting role in the first season of American Horror Story, and then appeared on the first two seasons of House of Cards.