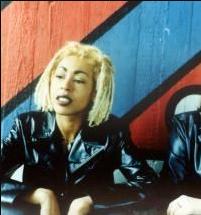 Kemistry passed away on April 25, 1999 at the age of 35 in Winchester, Hampshire, England, UK. Kemistry's cause of death was road accident.

Kemistry Birthday and Date of Death

Valerie Olukemi A "Kemi" Olusanya (October 13, 1963 – April 25, 1999), commonly known by her stage name Kemistry, was a leading English drum and bass DJ of the early 1990s who also produced a number of records on the Metalheadz label, which she co-founded with other artists including Goldie, whom she had introduced to the drum and bass scene.