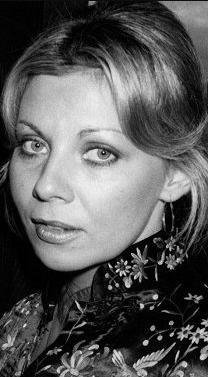 Kim passed away on October 19, 1978 at the age of 31 in New York City, New York, USA. Kim's cause of death was murder (apparently shot & killed by her husband of three weeks, the actor Gig Young).

Kim Schmidt was a German actress who was born on 1947.
Three weeks after her marriage to actor Gig Young, Schmidt was found dead in their apartment - the victim of an apparent murder-suicide. Young's Oscar was found near their bodies. No information about why the murder-suicide occurred, but it was obvious that Young was suffering from the many complications of his alcoholism.