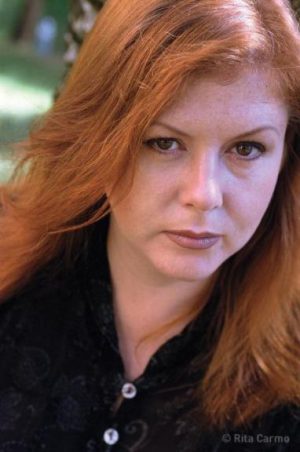 Kirsty passed away on December 18, 2000 at the age of 41 in Cozumel, Mexico. Kirsty's cause of death was struck by speedboat.

Kirsty MacColl's mother, Jean MacColl, is still alive and kicking at the age of 99.

Kirsty Anna MacColl was an English singer and songwriter. She wrote and recorded several pop hits between the early 1980s and the 1990s. In addition, she sang on hit recordings produced by her then-husband Steve Lillywhite, notably on tracks by The Smiths and The Pogues.
Kirsty MacColl was the daughter of folk singer Ewan MacColl (1915–1989) and dancer Jean Newlove (1923–2017). Her father had Scottish ancestry. She and her brother, Hamish MacColl, grew up with their mother in Croydon, where Kirsty attended Park Hill Primary School, Monks Hill High School and John Newnham High School, making appearances in school plays. At the time of her birth, her father had been in a relationship with folk singer, multi-instrumentalist and songwriter Peggy Seeger since 1956 (a relationship that would continue until his death in 1989), and already had a son with her.

In 2000, following her participation in the presentation of a radio programme for the BBC in Cuba, MacColl took a holiday in Cozumel, Mexico, with her sons and her partner, musician James Knight. On 18 December 2000, she and her sons went diving at the Chankanaab reef, part of the National Marine Park of Cozumel, in a designated diving area that watercraft were restricted from entering. With the group was a local veteran divemaster, Iván Díaz. As the group were surfacing from a dive, a powerboat moving at high speed entered the restricted area. MacColl saw the boat coming before her sons did; Louis (then 13) was not in its path, but Jamie (then 15) was. She was able to push him out of the way (he sustained minor head and rib injuries), but she was struck by the boat which ran over her. MacColl suffered severe chest injuries and died instantly. MacColl's body was repatriated to the United Kingdom, and was cremated after a humanist funeral at Mortlake Crematorium in Kew.