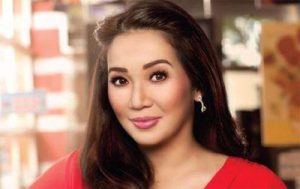 Kris is alive and kicking and is currently 51 years old.
Please ignore rumors and hoaxes.
If you have any unfortunate news that this page should be update with, please let us know using this .

Does Kris Aquino Have the coronavirus?

Kristina Bernadette Cojuangco Aquino, professionally known as Kris Aquino, is a Filipina television personality and actress who gained prominence and numerous endorsements from her talk shows, game shows, horror movies, massacre movies. She is the youngest daughter of former Philippine senator Benigno S. Aquino, Jr., and Corazon Cojuangco-Aquino, who served as the 11th President of the Philippines, and sister of Benigno S. Aquino, III, the 15th President of the Philippines.
Aquino had a live-in relationship with married actor Phillip Salvador with whom she has a son named Joshua. In 2003, she dated comedian Joey Marquez.

Aquino was married to Philippine Basketball Association professional player James Yap in a civil marriage ceremony on 10 July 2005. The following year, she announced on The Buzz that she was pregnant. In April 2007, Aquino gave birth to her first son by Yap, James Carlos "Bimby" Aquino Yap, Jr., in Makati City. In 2006, a former medical clinic receptionist stated that Yap had had an extra-marital affair with her. On June 2010, Aquino announced that she had separated from Yap, citing personal reasons, and stated she was seeking a divorce.
On 21 March 2013, Aquino appeared in a 30-minute interview with TV Patrol to announce her resignation from all of her ABS-CBN shows in order to spend time with her youngest son. Aquino later stated that Yap threatened her, and she filed a temporary protection order on 20 March 2013.
After numerous tests and a big health scare, Kris Aquino finally reveals she has been diagnosed with Urticaria, an autoimmune disease. Her drastic weight loss in September along with the other physical effects prompted her to seek medical attention in Singapore.