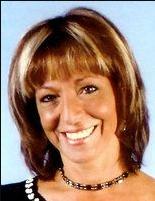 Lifelong Staten Islander Laurie Marie Rampulla Sulton, 54, of Grant City, an elementary school paraprofessional recalled for her devotion to her family, died Monday at home. She was born and raised in Dongan Hills and lived there until moving to Grant City 13 years ago. Mrs. Sulton was a graduate of Susan Wagner High School, where she fell in love with her future husband, Kasim Sulton. She studied education at Baruch College in Manhattan and spent her career at PS 54 in Willowbrook as a paraprofessional for special education students. “She loved the kids,” said her daughter, Alexandra Sulton. A warm-hearted, selfless woman, Mrs. Sulton lived for her family. “She had a great love for her family,” her daughter said. “She was an amazing and strong, strong woman.” Mrs. Sulton’s family was always there for her, too. They rallied around her when she was diagnosed with cancer and her daughter, Kasandra Sulton, organized a team to participate in the Relay for Life last year. Together, they raised $2,000 for the American Cancer Society. Surviving are her husband of 30 years, Kasim; a son, Tarik; two daughters, Alexandra and Kasandra; her mother, Marie Rampulla, and her brothers, Michael and David Rampulla. The funeral will be tomorrow from the Colonial Funeral Home, New Dorp, with a mass at 10 a.m. in St. Christopher’s R.C. Church, Grant City. Burial will be in Moravian Cemetery, also New Dorp.