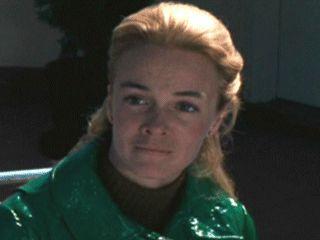 Lyn Edgington was born on July 27, 1939 in Los Angeles, California, USA. She is known for her work on Dirty Harry (1971), Girl Happy (1965) and The F.B.I. (1965).
Lyn made her film debut playing a proud college coed who leads Sandra Dee and other students in a sit-in (“Bottoms always on the floor!”) protesting book censorship in the comedy Take Her, She’s Mine (1963) starring James Stewart.

She then transferred universities when cast as one of Carol Lynley’s envious college classmates who revel in the coed’s plan to live platonically with her boyfriend Dean Jones to see if they are marriage compatible in the comedy Under the Yum Yum Tree (1963) also starring Jack Lemmon as an amorous playboy landlord determined to deflower Lynley. She played another perky coed who challenges poet James Stewart’s diatribe against science in the comedy, Dear Brigitte (1965).
She died on June 3, 2005 in Los Angeles.