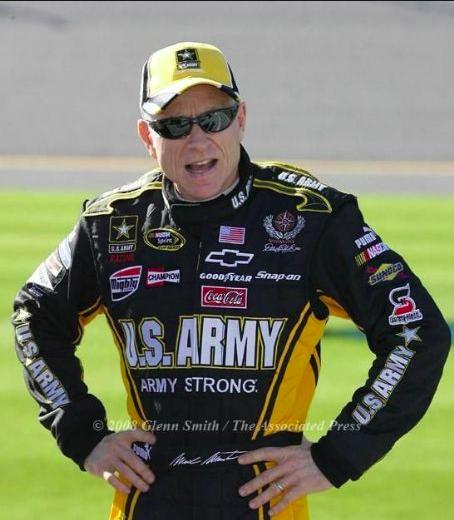 Mark is alive and kicking and is currently 64 years old.
Please ignore rumors and hoaxes.
If you have any unfortunate news that this page should be update with, please let us know using this .

Mark Anthony Martin (born January 9, 1959) is a former American professional stock car racing driver. He last drove the No. 14 Chevrolet SS for Stewart-Haas Racing in the NASCAR Sprint Cup Series on an interim basis until car owner Tony Stewart was cleared following a sprint car-related injury from August 2013. As of 2014 he had the second most wins in the Nationwide Series, with 49. He finished second in the Sprint Cup Series standings five times, and has been described by ESPN as "The best driver to never win a championship." Martin, with five IROC Championships, has more than any other driver. Also, during the 2005 season, Martin took over the all-time record for IROC wins, with thirteen.