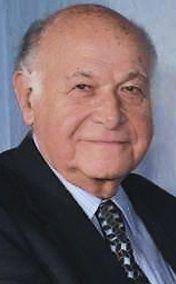 Maurice is alive and kicking and is currently 92 years old.
Please ignore rumors and hoaxes.
If you have any unfortunate news that this page should be update with, please let us know using this .

Does Maurice Tempelsman Have the coronavirus?

Maurice Tempelsman is a Belgian-American businessman and diamond merchant. He was the longtime companion of Jacqueline Kennedy Onassis, former First Lady of the United States, and they were born only a month apart.
Tempelsman has grown children by his wife Lilly Bucholz, who had also fled Antwerp with her family. They were married in 1949. Their daughter, Rena, is the widow of Robert Speisman, an executive vice president of Lazare Kaplan International Inc. who died on board American Airlines Flight 77, when the aircraft crashed into The Pentagon during the September 11 attacks. Tempelsman and Bucholz formally separated in 1984. According to People, Bucholz and Tempelsman never legally divorced.

Tempelsman was the longtime companion of Jacqueline Onassis. Maurice and Lilly Tempelsman were guests at the State Dinner given at Mount Vernon, Virginia in honor of the Ayub Khan of Pakistan in 1961. The two began their lengthy relationship in 1980, five years after the death of Jacqueline Onassis’ second husband Aristotle Onassis. In 1988, Tempelsman moved into Onassis’s Fifth Avenue penthouse apartment in New York City.
During their relationship, he handled Onassis’s finances, quadrupling the $26 million that was secured from her late husband’s estate. The couple frequently took walks through Central Park and were photographed doing so in the days preceding her death from Non-Hodgkin lymphoma at age 64 on May 19, 1994. At Onassis’s funeral service, Tempelsman read Constantine P. Cavafy’s poem Ithaca, one of her favorites, and concluded by saying: "And now the journey is over, too short, alas, too short. It was filled with adventure and wisdom, laughter and love, gallantry and grace. So farewell, farewell."
Tempelsman was one of two executors of the will that she had drawn up with her long-time attorney, Alexander D. Forger. She left him a "Greek alabaster head of a woman" and named Tempelsman to be a co‑chair of a charitable organization, the C & J Foundation. However, there was no residuary left to fund the foundation after estate taxes were paid.