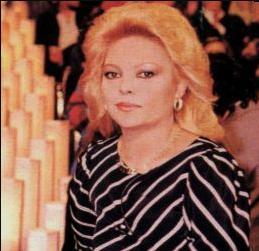 Mayra is alive and kicking and is currently 74 years old.
Please ignore rumors and hoaxes.
If you have any unfortunate news that this page should be update with, please let us know using this .

Mayra Cristina Gómez Martínez Kemp Febles was born the 14th of February, 1948 in La Habana, Cuba. She is the daughter of two famous Cuban artists, Ramiro Gómez Kemp and Velia Martínez. She has an older sister named Georgina, who is an accountant in Miami. On the first of February, 1960, her family moved to Puerto Rico, later moving to Venezuela and finally settling in Miami. In 1967, as a college student she appeared in the B-movie The Death Curse of Tartu, under the stage name Mayra Christine. In the 70's, Mayra went to Spain to perform in the Spanish theatrical production of The Rocky Horror Picture Show. On stage she worked alongside Argentine actor Alberto Berco who played the role of the narrator, who in time became her husband.