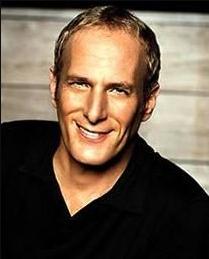 Michael is alive and kicking and is currently 69 years old.
Please ignore rumors and hoaxes.
If you have any unfortunate news that this page should be update with, please let us know using this .

Does Michael Bolton Have the coronavirus?

Michael Bolotin, known professionally as Michael Bolton, is an American singer and songwriter. Bolton originally performed in the hard rock and heavy metal genres from the mid-1970s to the mid-1980s, both on his early solo albums and those he recorded as the frontman of the band Blackjack. He became better known for his series of pop rock ballads, recorded after a stylistic change in the late 1980s.
Bolton would achieve his greatest success in the late 1980s and early 1990s as a singer on the adult contemporary/easy listening charts. One of his first major hits was his 1987 interpretation of the Otis Redding classic "(Sittin' On) the Dock of the Bay". Redding's widow, Zelma Redding, said she was so moved by Bolton's performance "that it brought tears to my eyes. It reminded me so much of my husband that I know if he heard it, he would feel the same." Always interested in soul and Motown classics, Bolton's success with that song encouraged him to tackle the standard "Georgia on My Mind", with which he had another hit. In 1991, Bolton released the album Time, Love & Tenderness which featured his Grammy Award-winning cover version of "When a Man Loves a Woman".

Bolton has made a number of cameo appearances in feature films and television, usually appearing as himself, such as in Meet Wally Sparks and The Nanny. Although he has been rumored to have appeared as an extra in Dune as a "spice-eyed" drummer, Bolton has stated in interviews that it is not him.
Bolton was married to Maureen McGuire, but they divorced. They are the parents of three adult daughters: Isa, Holly, and Taryn. Taryn gave birth to a daughter in October 2010. Bolton was introduced to actress Nicollette Sheridan in 1992 by adult contemporary/jazz saxophonist Kenny G. Bolton and Sheridan dated until 1995, stopped dating, then reunited in 2005 and became engaged in March 2006; however, it was confirmed in August 2008 that they had broken off their engagement.
In January 2013, Bolton published an autobiography, The Soul of It All: My Music, My Life.