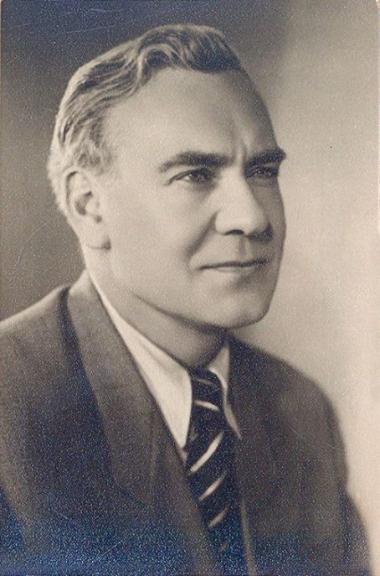 Mikhail Tsarev was a Russian stage actor and director of Maly Theatre in Moscow, best known for his acclaimed renditions of poems by Alexander Pushkin as well as his mastery of Russian language and powerful delivery. He was a long time Chairman of the Russia's Theatrical Society (the Actors Union of Russia) and was president of the Soviet National Center of the International Theater Institute.Mikhail Tsarev was best known for his performances in classical Russia dramas. From 1937 to 1987, he was permanent member of the troupe at Maly Thatre in Moscow. From 1950 - 1988, Tsarev was artistic director of the Maly Theatre. He was designated People's Actor of the USSR, was twice awarded the State Prize of the USSR, and was three times decorated with the Order of Lenin, as well as numerous other order and medals of Russia and the USSR. Mikhail Tsarev died on November 10, 1987, and was laid to rest in Novodevichy Cemetery in Moscow, Russia. His obituary was signed by Mikhail Gorbachev.