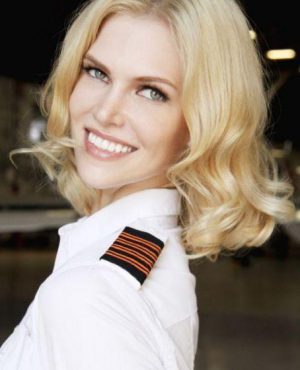 Nadia is alive and kicking and is currently 36 years old.
Please ignore rumors and hoaxes.
If you have any unfortunate news that this page should be update with, please let us know using this .

Nadia Marcinko (Slovak: Naďa Marcinková) is a Slovakian FAA-certified commercial rated pilot and flight instructor, holding a Single (land & sea) Multi-engine (land) instrument rating and Gulfstream C/G-IV & C/G-1159-type rating certificates. She is the CEO of Aviloop, an aviation website.
The Guardian reported that Marcinko was previously known under the name of Nada Marcinkova and worked as an assistant to Jeffrey Epstein. According to the article, Marcinkova was questioned in 2010 concerning Epstein, he was convicted of soliciting an underage girl for prostitution.

After a career as a model, Marcinko started flight training at a flight school at the Palm Beach County Florida Airport. With 250 hours in her logbook, she accepted an offer from a friend to obtain her Gulfstream II rating and was certified shortly thereafter.
After Marcinko started calling herself "Gulfstream Girl", the Gulfstream Aerospace Corp. filed a trademark infringement suit (Gulfstream Aerospace Corporation v. Aviloop LLC et al.) against her on November 18, 2013, alleging that Marcinko had unlawfully appropriated its signature "Gulfstream" trademark to promote her company Aviloop. Marcinko and Gulfstream reached an out of court settlement filed on January 6, 2014 after Marcinko changed her online name to Global Girl.
Now using the name "Global Girl", Marcinko promotes aviation on social media.