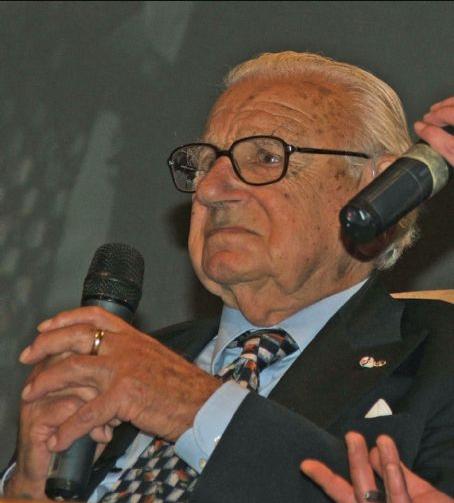 Sir Nicholas George Winton MBE (born Nicholas George Wertheim; 19 May 1909 – 1 July 2015) was a British humanitarian who organized the rescue of 669 children, most of them Jewish, from Czechoslovakia on the eve of the Second World War in an operation later known as the Czech Kindertransport (German for "children transportation"). Winton found homes for the children and arranged for their safe passage to Britain. The world found out about his work over 40 years later, in 1988. The British press dubbed him the "British Schindler". On 28 October 2014, he was awarded the highest honour of the Czech Republic, the Order of the White Lion (1st class), by Czech President Miloš Zeman.