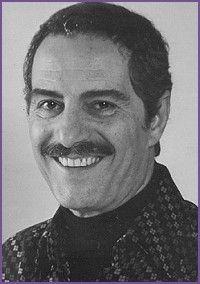 Saturnino "Nino" Manfredi (22 March 1921 – 4 June 2004) was one of the most prominent Italian actors in the commedia all'italiana genre. He was also a film and stage director, a screenwriter, a playwright, a comedian, a singer, an author, a radio and television presenter and a voice actor. During his career he won several awards, including six David di Donatello awards, six Nastro d'Argento awards and the Prix de la première oeuvre (Best First Work Award) at the 1971 Cannes Film Festival for Between Miracles. Typically playing losers, marginalised, working-class characters yet "in possession of their dignity, morality, and underlying optimism", he was referred to as "one of the few truly complete actors in Italian cinema".