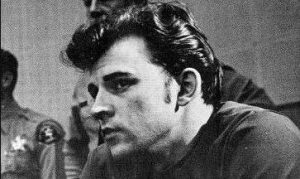 Paul is alive and kicking and is currently 76 years old.
Please ignore rumors and hoaxes.
If you have any unfortunate news that this page should be update with, please let us know using this .

Paul Ferguson is the murderer of Ramon Novarro. Ramon Novarro was a Mexican-born United States film, stage and television actor who began his career in silent films in 1917 and eventually became a leading man and one of the top box office attractions of the 1920s and early 1930s.
Ramon Novarro was murdered by two brothers, Paul and Tom Ferguson (aged 22 and 17, respectively), whom he had hired from an agency to come to his Laurel Canyon home for s*x. According to the prosecution in the murder case, the two young men believed that a large sum of money was hidden in Novarro's house after hearing rumors on the streets. The prosecution accused them of torturing Novarro for several hours to force him to reveal where the nonexistent money was hidden. They left with a mere twenty dollars they took from his bathrobe pocket before fleeing the scene.

Novarro allegedly died as a result of asphyxiation, choking to death on his own blood after being brutally beaten. The two brothers were later caught and sentenced to long prison terms but were quickly released on probation. Both were later rearrested for unrelated crimes, for which they served longer terms than for their murder conviction.
Each Ferguson was sentenced to life imprisonment – even though the authorities had discounted young Tom’s confession. Not much is known of what became of Tom Ferguson. He appears to have gotten out of prison and blended into the American woodwork. If he was, as he claimed, innocent of the murder of Novarro, then he didn’t have to change all that much in order to go straight when he got out. Paul Ferguson eventually moved to Missouri – in the Doniphan, Missouri, area, near the Arkansas border. He was prone to swagger around, bragging what a "solid con" he'd been in San Quentin -- forgetting to mention precisely why he'd been sent there, or that he'd caused his younger brother to get a life sentence. Paul Ferguson had several business ventures going – a business that involved construction, and promoting rodeos. He made a good deal of money.