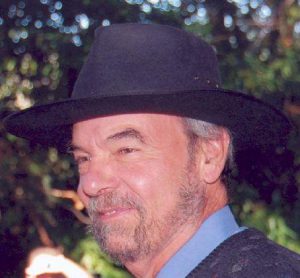 Peter is alive and kicking and is currently 66 years old.
Please ignore rumors and hoaxes.
If you have any unfortunate news that this page should be update with, please let us know using this .

Does Peter Douglas Have the coronavirus?

Peter Douglas's mother, Anne Buydens, is still alive and kicking at the age of 92.

Peter Vincent Douglas is an American television and film producer, a son of actor Kirk Douglas and his second wife, the German American producer Anne Buydens.
Peter Douglas' television production credits include Inherit the Wind (1988), for which he won the Emmy Award for Outstanding Drama or Comedy Special, and Amos (1984), which was also Emmy-nominated in the same category. His motion picture credits include the science-fiction time-travel classic The Final Countdown (1980), in which his father starred, and the adaptation of the classic Ray Bradbury novel Something Wicked This Way Comes (1983), which won the Saturn Award for Best Fantasy Film. He also produced the suspense-comedy hit Fletch (1985), as well as its sequel Fletch Lives (1989), both starring Chevy Chase.

Douglas married Lisa Schroeder in 1991. They have four children.