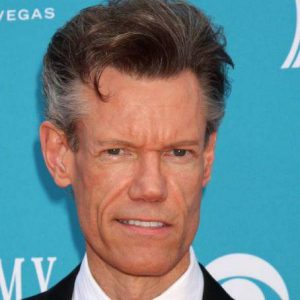 Randy is alive and kicking and is currently 63 years old.
Please ignore rumors and hoaxes.
If you have any unfortunate news that this page should be update with, please let us know using this .

Does Randy Travis Have the coronavirus?

Born in North Carolina in 1959, Randy Travis is best known for opening the door to young artists who sought to return to the traditional sound of country music. He was discovered by Elizabeth Hatcher when he was 18 and fought hard to make a name for himself. He found his stride in 1986 with a No. 1 album, Storms of Life. He went on to win a Grammy Award and sell millions of copies of subsequent albums. In 2013, Travis survived a life-threatening health scare that left him unable to walk or talk. He has since continued to slowly recover.
Travis and Lib Hatcher divorced on October 29, 2010 after a 19-year marriage, and their business relationship ended thereafter. He married Mary Davis on March 21, 2015.

On July 7, 2013, Travis was admitted to a Dallas area hospital for viral cardiomyopathy after a viral upper respiratory infection. His condition was classified as critical. Three days later, Travis suffered a massive stroke and had surgery to relieve pressure on his brain. On July 15, 2013, it was reported that Travis was awake and alert after undergoing brain surgery, that his heart was pumping without the assistance of machines, and that he was on the road to recovery. He was released from Baylor Heart Hospital in Plano, Texas on July 31, 2013, and entered a physical therapy facility. Following his stroke, and despite physical therapy, Travis was unable to sing or speak and had to rely on a cane to walk for more than a year. As of November 2014, he was slowly recovering, could walk short distances without assistance and was relearning how to write and play the guitar, according to his then-fiancée Mary Davis.
In 2016, it was reported he had recovered his voice after about three years of rehabilitation and therapy and could perform again. He attended his induction into the Country Music Hall of Fame on October 16, 2016, where he performed a rendition of "Amazing Grace."