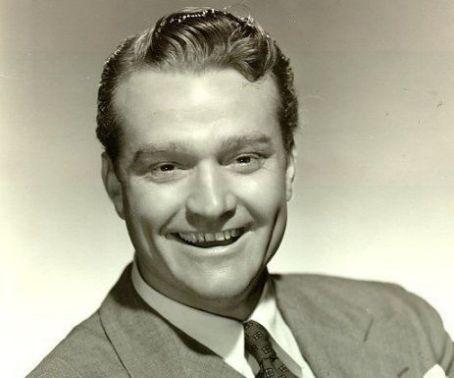 Red passed away on September 17, 1997 at the age of 84 in Rancho Mirage, California. Red's cause of death was pneumonia.

Richard Bernard "Red" Skelton (July 18, 1913 – September 17, 1997) was an American entertainer. He was best known for his national radio and television acts between 1937 and 1971, and as host of the television program The Red Skelton Show. Skelton, who has stars on the Hollywood Walk of Fame for his work in radio and television, also appeared in burlesque, vaudeville, films, nightclubs, and casinos, all while he pursued an entirely separate career as an artist.
Skelton was a Freemason, a member of Vincennes Lodge No. 1, in Indiana. He also was a member of both the Scottish and the York Rite. He was a recipient of the Gold Medal of the General Grand Chapter, Royal Arch Masons, for Distinguished Service in the Arts and Sciences. On September 24, 1969, he received the honorary 33rd degree in the Scottish Rite and was a Gourgas Medal recipient in 1995. Skelton became interested in Masonry as a small boy selling newspapers in Vincennes, when a man bought a paper from him with a five dollar bill and told him to keep the change. The young Skelton asked his benefactor why he had given him so much money; the man explained that he was a Mason and Masons are taught to give. Skelton decided to become one also when he was grown. He was also member of the Independent Order of Odd Fellows, as well as a Shriner in Los Angeles.

In 2006, Travis Tarrants purchased the historic Vincennes Pantheon Theatre, where Skelton performed during his youth. He established a non-profit organization with the hope of restoring the theatre to its 1921 state. Tarrants was able to raise close to $300,000 for the restoration. Two years later, donations for the project plummeted. Tarrants lost the theatre to unpaid back taxes in 2012 and the new owner was realtor Heath Klein. In late 2014, Klein sold the theatre property to a Vincennes non-profit group, INVin. The organization works to bring arts and arts-related businesses into downtown Vincennes. In March 2016, the group proposed to turn the theatre into shared workspace.
Skelton died on September 17, 1997, at the Eisenhower Medical Center in Rancho Mirage, California, at the age of 84, after what was described as "a long, undisclosed illness". He is interred in the Skelton Family Tomb, the family's private room, alongside his son, Richard Freeman Skelton, Jr. and his second wife, Georgia Maureen Davis Skelton, in The Great Mausoleum's Sanctuary of Benediction at Forest Lawn Memorial Park in Glendale, California. Skelton was survived by his widow, Lothian Toland Skelton; his daughter, Valentina Marie Skelton Alonso; and granddaughter Sabrina Maureen Alonso.