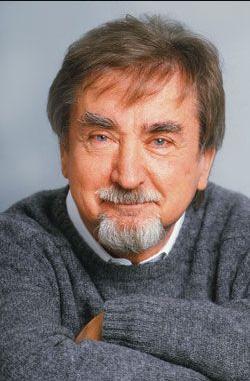 Roman Kroitor (December 12, 1926 – September 17, 2012) was a Canadian filmmaker who was known as an early practitioner of Cinéma vérité, as co-founder of IMAX, and as creator of the Sandde hand-drawn stereoscopic animation system. He was also the original inspiration for the Force, popularized in the Star Wars series.