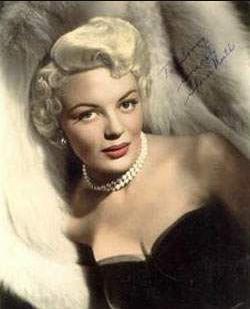 Sheree passed away on November 4, 2005 at the age of 73 in Los Angeles, California, USA. Sheree's cause of death was complications from cancer surgery.

Sheree North was an American film and television actress, dancer, and singer, known for being one of 20th Century-Fox's intended successors to Marilyn Monroe.