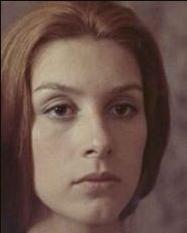 Stacey Tendeter (21 June 1949 – 26 October 2008) was a British actress best known for her performance as Muriel in the 1971 film Two English Girls. Her other cinematic appearances include White Bird, Friend or Foe, and Terminal Game.